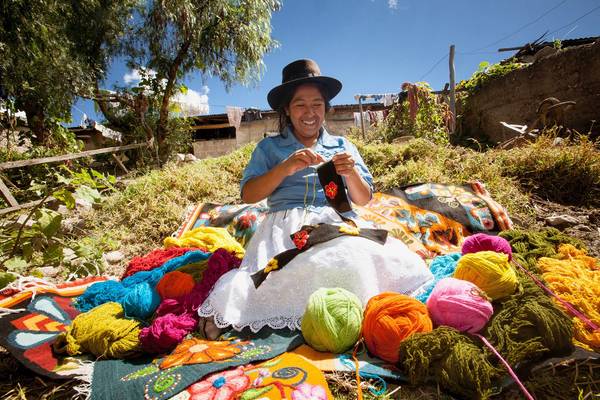 The gorgeous spot of Byron Bay is the home to many of our designers here at Tosca & Salome, Andean Collective being one of the newest we welcome into our stable. An eco conscious brand with sustainable ethics, this stunning brand produces luxurious knit based garments sourced from the organic fabrics and unique alpaca wool in Peru. We just cannot get enough of this beautiful brand with its unique colours and patterns that are instantly recognisable.

Ursula Yraola, Andeans Peruvian born business manager and co-founder run the business with designer and creative director Anita Ghise. While Ursula spent a lot of her life in Peru, and Anita in Germany after fleeing Romania during the dictatorshop with her family; the two crossed passed after relocating in beautiful Byron Bay. The two of them are the ying to each others yang; Ursula has a background in architecture and in depth business knowledge after runnig her own studio. Anita; an eye for clothing after altering garments sourced at flea markets in her youth, and working as a model, seamstress and fashion buyer.

Ursula and Anita work closly with their partner and co-founder Lucia Mercon who is based in Lima, alongside Peruvian artisans and the incredible women who turn these garments from pen and paper into reality and ready to wear around the globe. It's warming to know the indepence these Peruvian woman have gained working with a business such as Andean, being able to provide and give opportunities to those around them, and to support a global movement of a more sustainable environment as inevitable consumers on this planet.

You can read about the wonderful artisans who work closely with Andean here. https://andeancollective.com/blogs/blog/meet-the-artisans 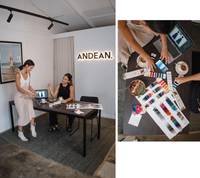 Alpaca vs. Cashmere or Merino - which is more sustainable for our environment, and which is superior for our skin?

While cashmere and merino are certainly well known, and known for their superior wool - alpaca wool is becoming the chic alternative to these; better for the environment, super snuggly, long lasting and superior for the wearer!

Alpaca wool; while much rarer than cashmere and merino, is 7 times warmer than sheeps wool, 3 times more resistant and much softer and lighter, and... wait for it - much lessing pilling! This silky, soft and resistant fiber has unique thermal properties thanks to the microscopic air pockets. These pockets allow the body to breathe while maintaining a constant body temperature.

While the increasing demand for cashmere has put prices up and quality down; the alpaca goat farming is far less harmful to the environment than its counterparts. Cashmere/merino goats have sharp hooves which destroy herbs and plants close to the ground. They graze the plants near their roots destroying them. It is an animal that is easily adapted, which is why it has been introduced in different territories far from the area of origin, causing serious damage to ecosystems: in fact, the species has been included in the list of 100 of the most invasive and harmful in the world.

The alpaca, on the other hand, is an animal that does not harm the territory as it grasps the grass without damaging the roots and the cushions that cover the hooves allow the animal to walk on the ground without compromising its integrity. Finally, alpacas consume less water than goats and grow enough wool for four or five sweaters in a year. According to the National Resource Defense Council, four goats take the same amount of time to produce enough cashmere for a single sweater.

In a world which is increasingly depleting its natural resources - as consumers we need to be aware of the implications of the actions on our precious environments. We are thrilled Andean work with organic and this delicious, snuggly alpaca wool sourced sustainably from Peru.

Let yourself be the judge, the Gigi knits we assure you will surpass any expectations you think you had ;) 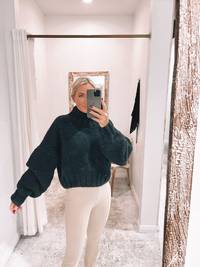 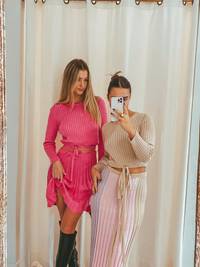 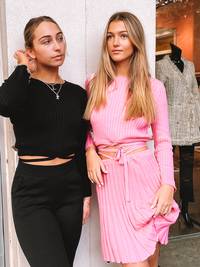 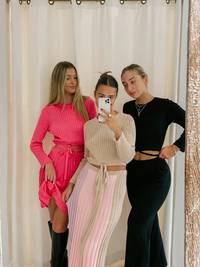